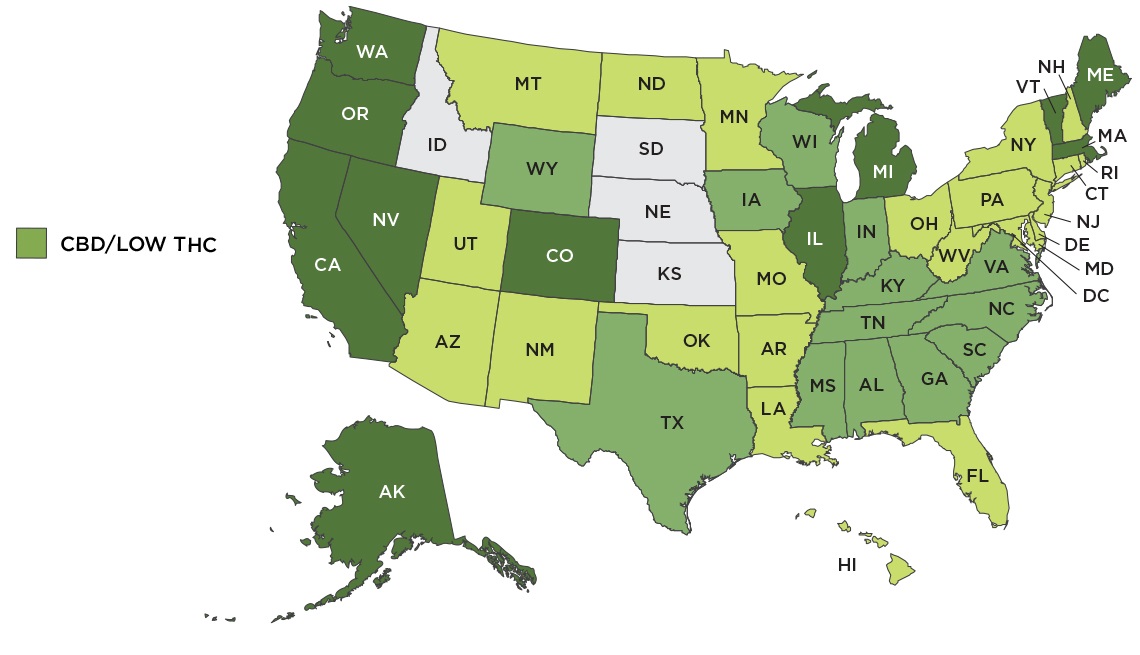 The legal, recreational use of cannabis products is currently legal in 11 states, and another 22 states have either decriminalized or approved the use for medicinal purposes. Most of the remaining states have at least been able to get medicinal use onto their ballots. Whether or not we’ll see it passed is another question and, while there are still some states that stand strongly against the use or possession of any kind and amount, it seems it won’t be too long before the almost century-long ban against this plant may come to an end. In an effort to save you time, I’ll be covering a short guide on these legalized states and which ones to stay away from.

I live in Oregon and the laws are very relaxed here when it comes to the sale or possession of marijuana. There are dispensaries everywhere you look and CBD is widely accepted by users and physicians alike as a medical treatment for many mental and physical health conditions. I might add that these dispensaries aren’t dark & dingy shacks with bars on the windows, but safe environments in which you can just shop and talk to the budtenders comfortably in. Along with my state, we can get the other obvious states out of the way: California, Washington, and Colorado are safe bets if you’re looking for a place to score some CBD. Nevada and Alaska have recently made this list as well,

When we head east, though, it gets a little more dicey. The northern states (Massachusetts, Vermont, and Maine) are pretty safe, and the sale of recreational marijuana will be legal in Illinois starting January 1st, 2020. The states I haven’t mentioned still have some pretty archaic laws against cannabis in any form. At the top of states that I wouldn’t step foot in if I was so much as thinking about getting marijuana or its related products is Florida, where a simple of possession of 20g OR LESS grants you a trip to the county jail for up to one year and a maximum fine of $2,500. Indiana, Idaho, Iowa, and Arizona share similar opinions about pot.

If you don’t live in a state that has come around to cannabis, do some research before you head out on your search for the CBD juice. While I strongly recommend trying the cannabinoid if you want to take a more natural approach, I wouldn’t want anyone subjected to the incredibly strict and old-fashioned laws and punishments against this natural herb.

What is Lyme disease?

Why cbd powder is the best thing for us?

Understanding the Effects of Delta 10 THC

What are the causes and factors of obesity?