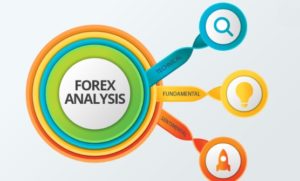 There are a lot of methods available for analyzing the forex market with the goal of identifying profitable trading opportunities. Also, some even combine them to get more profits.

There are three kinds of analysis – fundamental, technical, and sentiment analysis.

This kind of analysis focuses on different economic factors that affect the value of currencies. And some of the economic fundamentals include inflation and interest rates, political issues, unemployment rate, and Gross Domestic Product.

Traders who use fundamental analysis to determine trade opportunities are called fundamentalists. And they believe that the underlying macroeconomic condition is mirrored in the value of the currency.

With that, a country with a powerful economy will have a stronger currency compared to a country with a weaker economy. Usually, fundamentalists analyze a country’s economic outlook and identify whether its currency will appreciate or depreciate.

Aside from that, these traders mainly look at major economic announcements and reports to help them in appraising the value of the associated currency. Typically, the essential economic events are reported in economic calendars.

This analysis involves evaluating the past market behavior with the objective of projecting the future direction of currency prices. And followers of technical analysis mainly depends on different systems and concepts to assist them in understanding the historical market happenings and determining trading opportunities.

Several of these techniques and tools used for carrying out technical analysis include candlestick chart patterns, support and resistance levels, trendlines, and indicators like moving averages and Fibonacci.

In addition to that, technical analysts regard the superiority of price action highly. They believe that all the fundamental factors that have an impact on the value of currency prices are already established in the movements seen on the market. As a result, they only focus on the price action envisioned on the charts and do not take time analyzing the causes of the movements.

Also, they assume that history repeats itself, asserting that market movements form patterns that are likely to reoccur in the future. And since these movements are orderly, systematic, and predictable, they allow traders to forecast the direction of currency prices with adegree of accuracy.

This is the last type of analysis. And it involves analyzing the predominant feeling of attitude the participants have about the market.

All market participants have their feelings about the behavior of currency prices. It is these ideas and views that identify the decisions on whether to enter long or short trades.

The most common technique of trading using sentiment analysis involves entering trades that are against the current market feeling. As a result, sentiment analysts usually do not follow the common rule of trading, which is to place trades based on the prevailing market trend.

Moreover, if the market is moving strongly in one direction, sentiment analysts claim that a level of saturation has likely been reached. Thus, a price reversal is going to happen.

How can small businesses cope up in the aftermath of the pandemic?

How to Calculate Income Tax?